The Huma Kabakcı Collection, which Nahit Kabakcı began to put together as of the 1980s, is one of the most important examples of the limited number of consciously created and well-sustained collections in Turkey. Preserved and upheld by two consecutive generations, the collection currently holds works from over 200 artists worldwide. 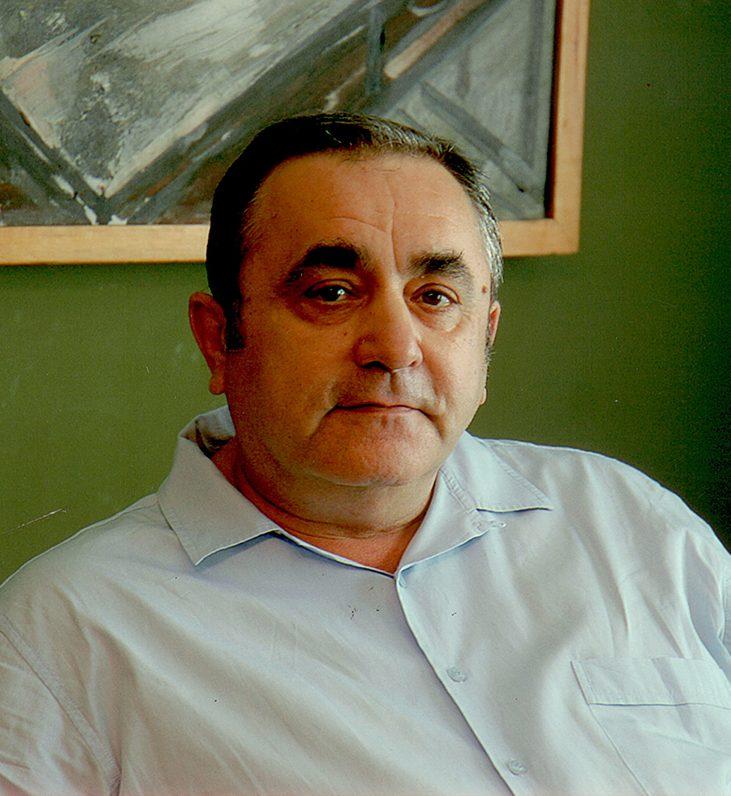 “I am not afraid of going blind, but rather of never being able to see paintings again.”

Nahit Kabakcı was born in 22 March 1949 in İstanbul. He completed his primary education at Şişli Terakki High School. He entered the German High School in 1960 and graduated in 1968. After high school, Kabakcı went to Germany for college. In 1978, he graduated from the Darmstadt Technical University as an industrial engineer. He was involved in construction business in Turkey and Azerbaijan as of 1980 and 1990, respectively. As of the 1990’s, Azerbaijan became a significant place in his life both in terms of business and his endeavors in the art world. He was one of the first Turkish businessmen to expand into Azerbaijan, where he started to spend most of his time during 2000’s. He brought note-worthy construction projects to life in Azerbaijan. The individuals and institutions he encountered during that time set an important groundwork for his ventures into collecting and gallery ownership.

His first professional relationship with art began when he partnered with Ümit Yaşar Art Gallery. After their one-year partnership, Nahit Kabakcı founded Ramko Art Gallery in 1986. In 1990 Kabakcı organised a competition entitled “Contemporary Turkish Painting” where he invited internationally renowned professionals to form a jury. The international jury of the Ramko competition included the following members: Jan Hoet (Belgium; Gent Contemporary Art Museum Director), Dieter Ronte (Germany; Hannover Sprengel Museum Director), Bruno Mantura (Italy; Rome Contemporary Art Gallery Deputy Director). In 1996 from being a gallery owner, Kabakcı decided to dedicate his life to collecting instead. In the first couple of years of collecting, he decided to collect artworks from Turkey, Russia, and Azerbaijan. Over the years, he also started collecting artworks from neighbouring and Balkan countries such as; Uzbekistan, Kazakhstan, Georgia, Bosnia-Herzegovina, Macedonia, and Bulgaria. Between 3-15 February 2002 Nahit Kabakcı opened the first exhibition of his collection titled “Contemporary Azerbaijani, Russian, and Turkish Painting and Sculpture” at the Naval Museum of Istanbul.

Following this exhibition, he also realised a collection exhibition in Ataturk Cultural Centre between 5-22 November 2003 and another one in 2008 during Tuyap Art Fair and Convention Centre. During the exhibition titled “Huma Kabakci Collection 1950-2008” at Tuyap between 1-9 November 2008, he was presented with “Tuyap Art Fair Honorary Collector’s Award” due to his contributions to Turkish art through his collection. Nahit Kabakcı believed that a private collection should continue at least for four generations, and therefore named the collection after his daughter Huma Kabakcı. With the three cities (Essen in the Ruhr region of Germany, Pecs in Hungary, and Istanbul) as the “2010 European Capitals of Culture” was a tremendous source for Kabakcı and this created a great opportunity for him to achieve his mission of introducing Turkish modern and contemporary art abroad. Despite the fact that Nahit Kabakcı had planned three museum exhibitions in Ruhr, Germany, and Pecs, Hungary due to his untimely death his daughter continued the preparations and maintained the relations along with the support of Kabakci’s advisor Dr.Tayfun Belgin, the family, and close friends.

Huma Kabakcı (b. London, 1990) is a second-generation collector, independent curator, and founding director of Open Space, living and working between London and Istanbul. Kabakcı recently joined the Drawing Room as a Development Manager. She studied at the London College of Communication and completed an MA in Curating Contemporary Art at the Royal College of Art. Kabakcı completed a curatorial fellowship at the 2018 Liverpool Biennial, supported by ICF (International Curators Forum). She has worked at commercial galleries, museums, and auction houses, both in the UK and Turkey, including Sotheby’s (London), The Albion Gallery (London), and Pera Museum (Istanbul). Kabakcı manages the Huma Kabakcı Collection, a private art collection comprising over 900 works of Turkish, Central Asian, and European contemporary art bequeathed to her by her late father Nahit Kabakcı. As part of the 2010 Ruhr & Pecs Capital of Culture projects she has overseen three major exhibitions of the Collection, at Osthaus Museum Hagen, Mönchehaus Museum Goslar, and Modern Hungarian Gallery, Pecs.

Kabakcı’s curatorial interest lies in creating immersive experiences and a wider dialogue in collaboration with multidisciplinary practitioners. She is also interested in theories and topics around diaspora, collective memory, and hospitality.